“You do not rise to the level of your goals; you fall down to the level of your system.” This quote from Atomic Habits by James Clear explains the importance of habits in your daily life. For example, you try to lose weight, but every plan is doomed to fail if you eat snacks, soda, and whatever gives you more weight. That is why you need a weight loss habit. As Stephen R. Covey “I am not a product of my circumstances. I am a product of my decisions.” habits are those choices. So you need a system to make everything automatic.

What a weight loss habit system can do for you?

Habits form you and make you the person you want to be.  Science and self-development prove it. You can follow the below habits to lower weight and stay healthy:

Rebecca Muckelbauer and her team have made a study named “Association between water consumption and body weight outcomes.” They found out that drinking water helps weight loss and aids in keeping a good weight.

You are at work and have dealt with some tough tasks. Your stomach sends a signal that you are hungry. You need to eat to survive for the rest of the day.

But, your body might mistake thirst for hunger. Yes, it might not find out you are hungry or thirsty. So you would better drink enough water during the day to prevent overeating. It’s so simple and doesn’t require studies. You can manage your weight and lose weight when you do not eat. You see how Weight loss habits work. They work through the Compound Effect that Darren Hardy explains in his book with the same title.

Losing weight or not, drinking water is essential for your health and body. The statistics indicate that Americans don’t drink enough water every day.

You cannot make up for hydration on the weekend. So you have to drink water every day. Do you know any other useful way but habits of drinking enough water? The science of habits and the studies help you to create a system so you won’t have to put too puck pressure or force into it.

According to Calorie Control Council, 17% of Americans skip breakfast. You think skipping a meal is a weight loss habit, but it’s not. It is particularly true with breakfast. But why is it so?

Not having breakfast decreases your body’s metabolism and increases your hunger. Don’t you see that you are often greedy at lunch or your colleague can not stop eating?

It’s because your stomach did not receive anything in the morning or did not get as much as it needed. A study from the American Journal of Epidemiology proves it.

Besides, have you ever thought about the word breakfast. It combines break + and fast. Your body needs to eat after not eating anything during the whole night.

The one point James Clear makes in his book Atomic Habits can help you to change your identity when it comes to breakfast. You say 1) I don’t vote versus 2) I am not a voter. In the second sentence, you are more likely to eat breakfast. So start with your identity and try to change it.

Do you want to make the most of your breakfast? Eat fiber and protein instead of carbohydrates. They will keep you full for a longer time, and you can skip unhealthy snacks during the day.

Do you know the hunger hormone? Its name is ghrelin which holds the responsibility of increasing your appetite. Protein can help decrease the level of ghrelin. In a study, the girls had protein for their breakfast.

Include protein in your breakfast and mark the days you have it. For example, put a parge calendar on the wall and cross the days you have protein. This way, you are more likely to eat protein and benefit from this weight loss habit.

Which one is easier? Facing a legion of Roman soldiers without having a proper sword and your friends running away, or getting enough sleep in the 21 century? I pick the first one.

It’s almost impossible to sleep more, but you cannot be deprived of sleep if you want to lose weight. It’s easier to experience Jon Snow’s life than sleeping more in your and mine schedule.

A few studies say that not getting sleep leads to weight loss. The research of Erin C Hanlon and his team and Shahrad Taheri and his team are two of them.

Not sleeping also enough increases your calorie intake. Your body desires to receive more calories from the food eaten. “Acute partial sleep deprivation increases food intake in healthy men” is the study of Laurent Brondel and her team. The participants in this study had more calories when they didn’t get enough sleep compared with the time they slept more.

The findings of Cal Newport, the author of Deep Work and a few other best-selling books, can help you. Newport says that successful people create a plan to do deep work. They have schedules that do it at particular times of the day. You can sleep at a particular time of the day. Force yourself to get into your bedroom and don’t do anything in it but just sleep.

Take it or not; getting enough sleep is a weight loss habit. You have gotta find a way to sleep because you are going to need it.

Let me tell you this. Do you know who the editor of Wolf of Wallstreet? Thelma Schoonmaker has won many awards besides Martin Scorsese. How many minutes of the movie Wolf of wall street did Schoonmaker eliminate, so the final version won the awards, including the Golden Globe Award for Best Actor? Yes, 50 minutes. If she had not eliminated these parts, who knows if the movie would have been this successful or not. So it is with you. What do you eliminate, and what do you keep? What do you keep instead of getting enough sleep, a necessary and beneficial weight loss habit?

Track how many calories you take during the day

You don’t have to carry a notebook and a pen to write down all of the taken calories. You can have it all in one app on your mobile phone. It tracks the number of calories eaten and recommends whether you eat or stop.

The study by Angela Kong and her team indicated that the people who tracked their calories lost more weight.

The study by Stephen D Anton and his team found the same results. People who monitored what they ate and their exercise routines could control and lose weight.

Tracking what you do is a helpful weight loss habit. It can help you in other activities as well. For example, the number of hours you:

And many other things. As Brian Tracy says, “Always work from a list.”

Working out in the morning helps you lose weight more than other times during the day. It’s an effective weight loss habit backed by science.

Working out in the morning can be like a thermometer for your blood pressure. It can make blood pressure steady during the day. The compound effect comes into the picture again as low blood pressure can decrease some unhealthy causes such as excessive hunger.

The study by Ana Maria Gomez and her team also revealed that working out in the morning was connected to improved blood sugar control.

Who can you stick to workout, the amazing weight loss habit? You can start slow and make one move in the morning. After establishing it for long enough, you can add another movement to your workout or make it longer.

For example, you can just do a push up in the morning. After making it fixed in your habit system, start crunches or sit-ups. Step by step, add a movement to complete your morning workout.

Take advantage of the Zeigarnik Effect.

Roy Baumeister, the American social psychologist, experimented on a few students. He gave the first group one task to complete, the second two tasks to complete, and the third one three tasks to complete during their course. Then he evaluated which group had a clear mind.

Which one do you think had a clear and eased mind? You know the trick and have guessed the third group. But why?

Baumeister asked the third group to have a plan for the tasks and write it down. It became clear they could complete the tasks better and had a clear mind. Science calls it Zeigarnik Effect. When something is not complete, it bothers your head. But you can lift the pressure with a simple invention; a pen and notebook. You can also write it down on a reminder on your smartphone or an ordinary note app.

The next time you can not sleep, write down the next day’s tasks somewhere ad enjoy a good night’s sleep.

But what does it do with the weight loss habit?

The American Journal of Epidemiology study revealed that “people who have job-related stress are less active than those who do not have such stress.”

A study by the University of Rochester found the same thing. It clarified that “people who have work-related stress tend to have more unhealthy behaviors such as watching TV and less exercise.”

When you are stressed, the first and immediate routine around could be the response. Your mind wants to just do something easy and get you out of the mood. This is what Charles Duhigg explains in his book “The Power of Habit.”

You see what writing your tasks or things can do to your life. It’s an effective weight loss habit you can include in your daily schedule and take advantage of.

Click on the link below or call us to enjoy the special offer to get “2 bottles of 5 gallon water” free delivered to you with no obligations, no long term contract, just high quality, and delicious drinking, spring, or alkaline water. 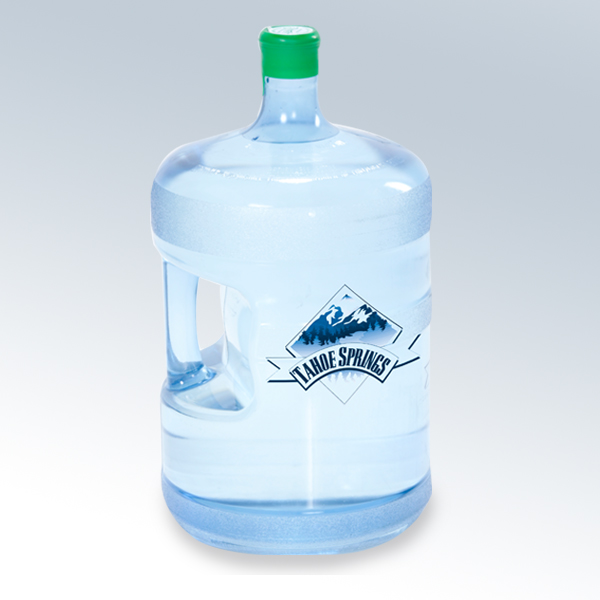 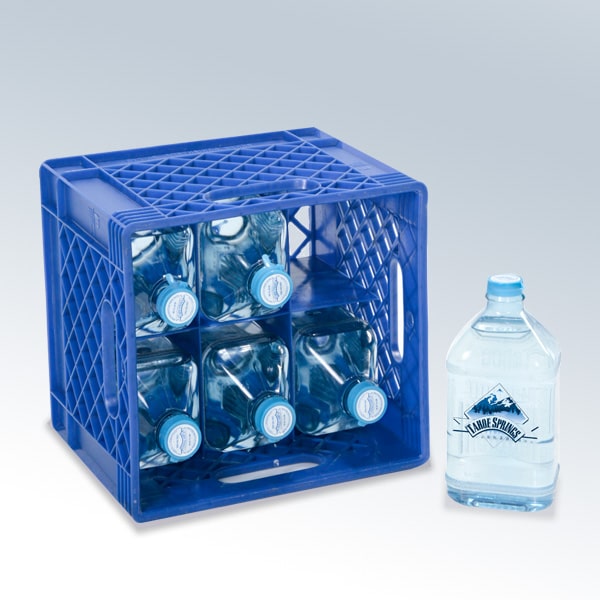 Tahoe Springs Water introduced you to some weight loss habits so you can have a healthy diet and lifestyle. The first one was to drink enough water and drink water. You read what the great advantages are.

If the water taste is not good and you don’t like it, try Tahoe Springs Water. We have provided the best of alkaline, spring mountain, and purified drinking water in Las Vegas since 1994.

You can also order by going through the menu of the website.

Don’t hesitate to write your questions regarding water options and weight loss habits in the comment section.

Newer Improve water quality at home in easy steps
Back to list
Older Sports drinks vs. water, which should drink? 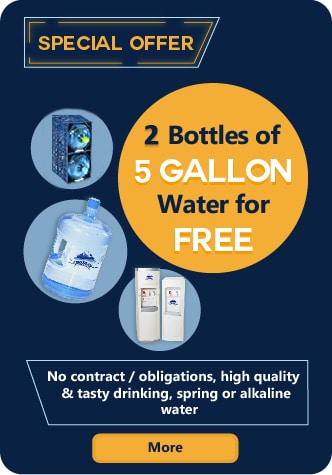 Subscribe to our newsletter not to miss our new articles, special offers, and discounts.

Sidebar
We use cookies to ensure that we give you the best experience on our website. If you continue to use this site we will assume that you are happy with it.Yes, I Accept